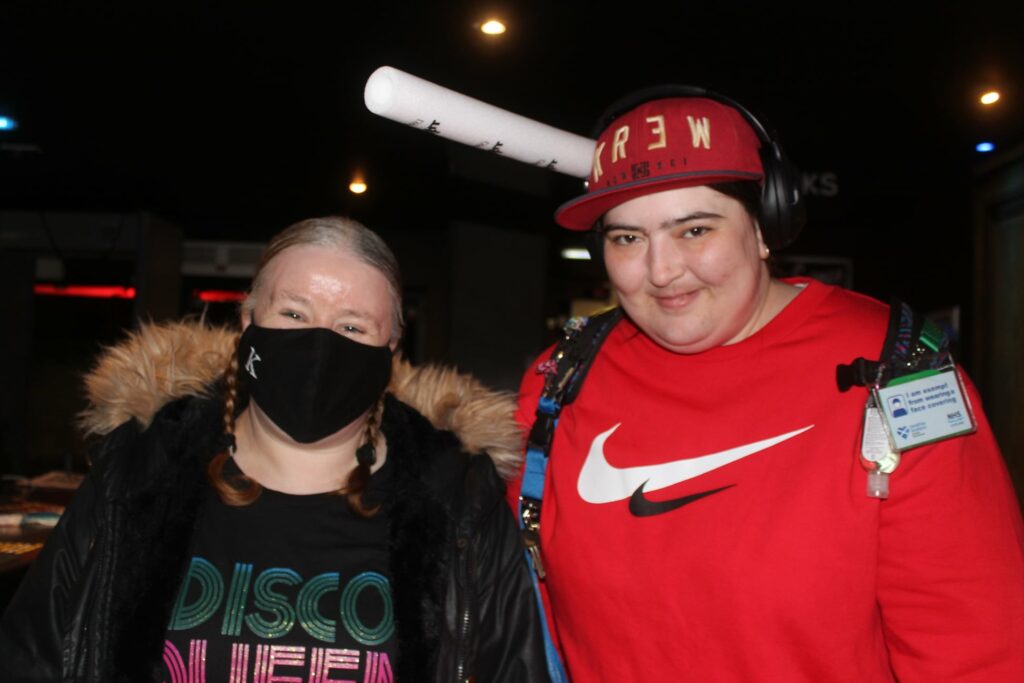 “This is the first time in my life that I’m happy being me.”

On June’s cover, we have Ambassador Katrina and peer mentor Natalie. Katrina talks about her role of Ambassador in promoting a safe space:

“Part of my role of being an ambassador at g2g is helping members by inviting them to zoom events and for them to feel welcome – my role is to encourage members who are either have a disability, are LGBTQ+ or both to come along, to a safe space where they feel they can talk.”

Natalie discusses gender and sexuality and the role get2gether has had on their LGBTQ+ journey:

Happy Pride month, how will you be celebrating?

Discovering everything that happens! It’s my first Pride month so I’ll be going to as many events as I can – I’m a bit wary of the march and all its noises but I’m going to attempt it as I think it’s important. I’m looking forward to meeting other people and taking it all in!

How has being in an inclusive environment like get2gether encouraged and made space for your sexuality?

Being part of get2gether has help me recognise that I am both autistic and lgbtq+, not just one or the other, and all these wee different parts make me whole.

What has helped you to feel more comfortable in yourself?

Being able to realize that there’s other people like me – realizing there’s nothing wrong with my feelings, that I feel neither female nor male, and that I’m happy being me. That there’s nothing wrong with being different, who I’m attracted to, who I am. I didn’t realize that there are positive names and labels for who I am and I’m part of bigger communities.

I’m happy but preferably I’d like to meet someone in the future. I’ve always wanted kids. I’d like to meet more people like me, work for an organisation like get2gether, work with people like myself who have been going through the same process. Show people that it’s okay and it’s valuable to be 100% yourself, help people in the same way that people have helped me.

Katrina, Natalie and another member David planned and hosted an event in April called ‘Being LGBTQ+ and Autistic’ which you can watch here (put together by wonderful filmmaker and actor Emma McCaffrey). At get2gether, we value partnership work with other organisations to bring together and honour intersectional identities. We have been working with LGBT Health & Wellbeing (catch you at LGBTea on May 19th and Pride for All on 19th of June 6-8pm!) and at ATIK on 23rd of June! As one member aptly put it “It’s all about feeling included and having a choice.”