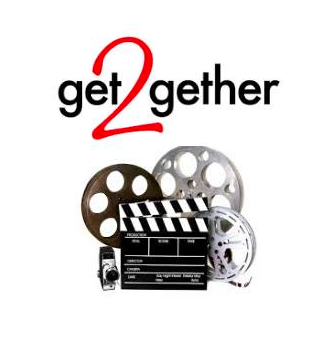 Movie Monday was born back in March 2020 at the beginning of the pandemic. Ambassador Katrina headed the project through summer until September when she passed it along to members Robert and Sarah.

Read the interview below to read about their journey:

What brought you to Movie Monday:

S: I’m a big fan of films, I knew running the group was something I was interested in when I started attending as a member. I had also been volunteering sometimes with Lauren and it progressed naturally into a more regular role with Movie Monday.

R: I started going along to Movie Monday and really enjoyed it. I had a conversation with Katrina about Sarah and I taking it over as a duo and it went from there.

Why do you think it works so well?

S: It’s really easy to join in, as long as you have a TV license. It’s nice when people see other people’s comments and are able to join in together.

R: Sarah and I are a good team and we work hard to make sure it runs smoothly.

What responsibilities does Movie Monday give you?

S: I go live each week to talk about the film, I put up the trailer, count numbers and keep an eye on the group chat page.

R: We tell people what movie is coming and ask if they’ve seen it before. I put up a poll to ask whose coming and if new people are coming Sarah adds them to the group. I chat to people in the group as well.

How is working with Robert, Sarah?:

S: It’s been a pleasure, he’s great. We have video calls to make sure the page is fine and we’ve decided we’re going to do it over Christmas to try to bring people some joy. I feel happy about doing that.

And working with Sarah, Robert?

What do you feel the benefits are of Movie Monday?

S: I love seeing what people make of the films, and seeing everyone marking the films out of 10. I love the community vibe and everyone coming together to appreciate the same thing. It also gives people opportunities to see films they wouldn’t have ordinarily watched. I also look up facts and enjoy people learning a lot as well as enjoying the film.

R: I love when people say they love the movie. And I also enjoy being in a group watching a film.

S: I would like to work with other people in the future and welcome other people on board. I see it as an evolving project, perhaps passing things over when someone suitable comes along (and happy to be in the background later on, researching facts) but for now very happy with how it’s going.

R: I’m happy to go with the flow. I’m quite happy at the moment.

Robert has also been involved with Inspirational Stories documentary series and you can see his interview here: