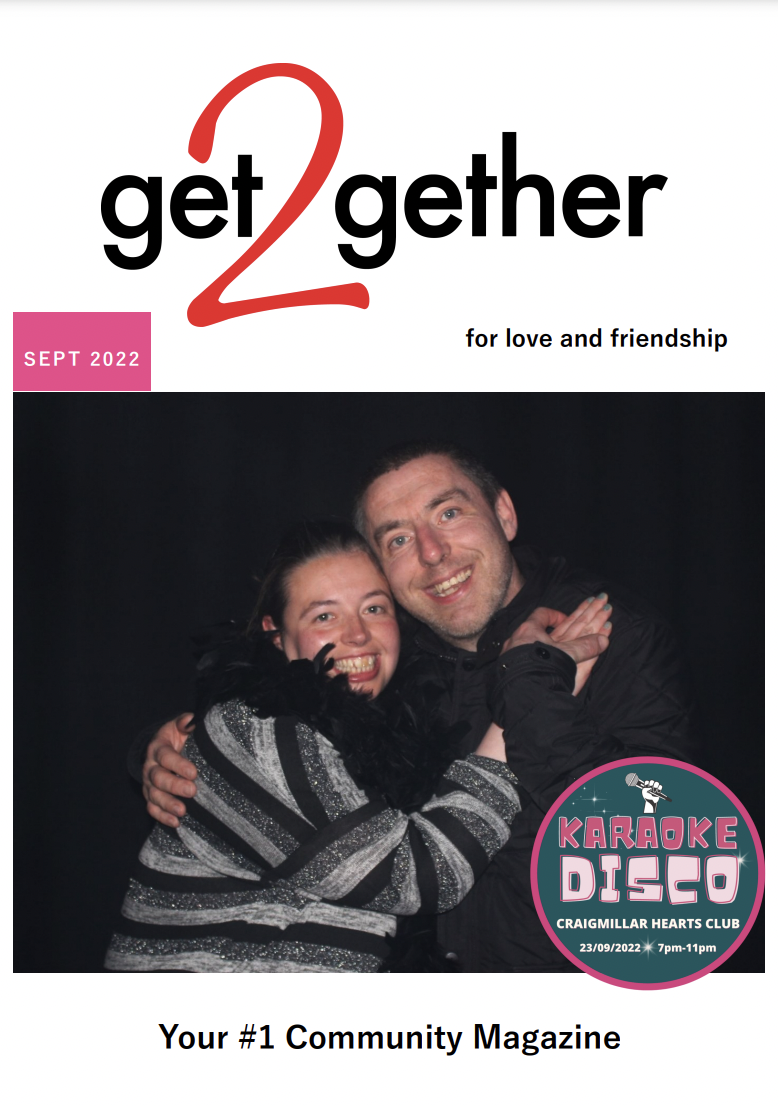 We had the pleasure of interviewing members Lesley-Anne and David who are celebrating their 4 year anniversary as a couple this September. We chatted to them about their love story, 4 year anniversary, get2gether, and their favourite memories together.

Read on for the full scoop!

How did you both meet?

Both: We met at Mayfield Labour Club at the ENABLE disco!

How long have you both been members of get2gether?

David: We’ve both been members of get2gether for about 5 years. We’ve met some lovely people through get2gether.

Lesley-Anne: We met our good friend Dania through get2gether at the ATIK a few years ago.

What have been your favourite get2gether events that you’ve attended?

David: The event at the Brunton Hall was really good. We really enjoyed the Red Carpet.

Lesley-Anne: Same! Our favourite thing about the event was the music!

Which anniversary are you both celebrating?

Lesley-Anne: It will be 4 whole years of being together, we’re celebrating this September. We want to celebrate it at the ATIK get2gether party in August, maybe with a ‘first dance’ and we can dance to a song that reminds us of our relationship.

What are your plans for the future?

David: I asked Lesley-Anne to marry me on Monday 20th of April 2018. We’re hoping to get married at some point in the near future.

What’s your favourite memory as a couple?

Lesley-Anne: I don’t know if I can pick one! But going out for meals and going to the ATIK have always been really special.

David: Probably when I proposed to Lesley-Anne. I got down on one knee and asked her to marry me. It was at a Christmas party we gatecrashed! I will never forget it.

Tell us about your first Christmas together!

Lesley-Anne: We came up to my Mum’s house and handed gifts to each other and had some drinks. This was before we had the cats! We have 4 cats currently! Their names are Elvis, Lisa-Marie, Kevin and Priscilla. They’re very cheeky!

David: I just like everything. I don’t think I could pick just one!

Lesley-Ann: The way he treats me.